Which one is it?

I am once again confused - easily done, I suppose. I had a look at the logo of the most excellent The Times' Cities Fit for Cycling Campaign.

The future of cycling - if it's allowed to flourish - lies in not replicating the current cyclist. The mamil - as the dominant example - is a solely British by-product - a mere reaction to the British road conditions with its fast, heavy, choking traffic. The road's come to an end. Even mamils - admirable as they are - can only take us this far. We are mamiled out. Here's a depiction of a one. 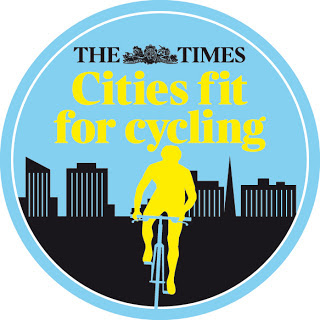 The future - however -  is creating conditions for new people to consider cycling as a sincere and safe transport option available to them. The type of 8-80. Everyone. A bit more akin to this chap here. 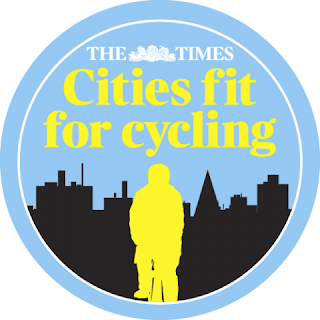 So. Which one is it? And does it matter? Yes. Vastly. You have to know your market and audience to stand a chance of selling your goods.

But maybe, government (greenest never, was it?) is only interested in "encouraging and promoting" cycling without listening to the market analyst. It might just be interested in feeding peanuts to exotic animals without a habitat (such as mamils, who in return could not care less), and tickling fat cats bellies to make them roll over nicely.